What is Insulation resistance?

• Insulator is a material which do not allow conduction of heat or electricity. This is due to the fact that conductors do not have free electrons.
• Conductor cables are called insulated when they have insulating materials around such as PVC etc.
• This process of using insulator around conductor is known as insulation.
• Opposition offered by insulation material to the flow of current radially throughout the length of the conductor cable is known as insulation resistance.
• There are many benefits of insulation e.g. to prevent leakage of current, to provide resistance to cuts or tears, to provide resistance to oil and chemicals etc. 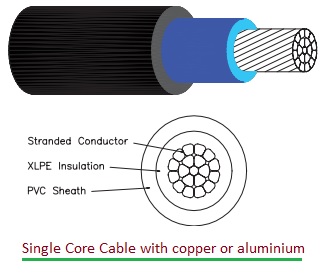 The figure depicts single core conductor cable with either copper or aluminium as conducting material. It shows XLPE material as insulation. PVC sheath is also used as protective layer.

Insulation layer functions opposite to conductor wire. It keeps current on the path along the conductor. It is similar to water hose protecting water from leak on its way from water pump house to residences. 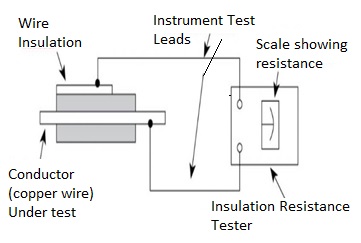 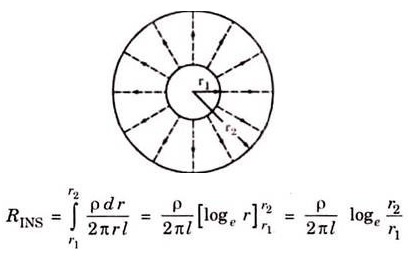